The Somme Centenary at Platt 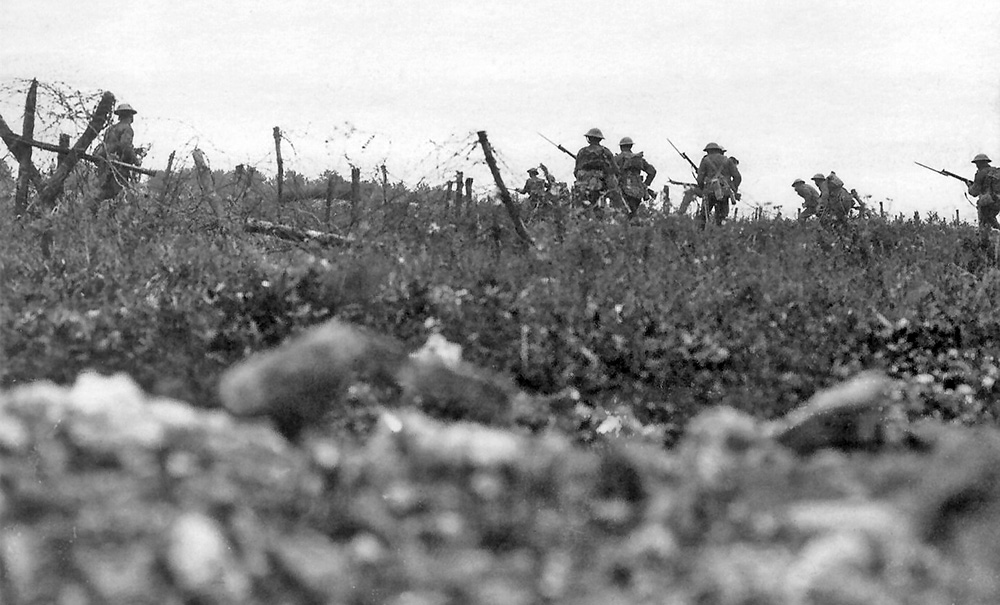 One-hundred years ago, in the summer of 1916, almost all of the men from Platt parish who were serving along the Western Front were concentrated with their units in the Somme region of Northern France. After many months of preparation, the Battle of the Somme was designed to drain the enemy reserves, and break through their line in an effort to end almost two years of stagnant trench warfare. After a ferocious artillery bombardment lasting seven days and nights that could apparently be heard from Platt Woods, the offensive began at 7:30 a.m. on 1 July. We know that six of our lads were in action on the first day with one, Thomas Bennett of the 7th Battalion The Queen’s Own (Royal West Kent Regiment) being awarded the Military Medal for gallantry during the battle and reputedly saved by a bible in his breast pocket that stopped a bullet.  In 1922 Thomas, who lived at Whatcote Cottages, was the first person to lay a wreath at the newly built Platt War Memorial. Also in the fray was Frederick Pierce from Comp, who was serving with the Royal Engineers and tasked with going out into No Man’s Land during the night to build bridges over the ditches and streams, over which the attacking forces could cross, often with shells landing in very close proximity.

Within a week another dozen or so from the parish had joined the battle, with two men losing their lives within hours of each other on the third day. Peter Piper of the 6th Royal West Kents, who wrote to his sister in Crouch on the eve of the battle ‘that in spite of everything he was not downhearted’, was mercilessly mown down by machine-gun fire whilst trying to get through barbed wire in front of the German trenches. Richard Andrews from Wrotham Heath had provided covering fire for Peter’s company as they advanced, but was killed himself very shortly afterwards in an enemy counter-attack.

As the summer wore on, more locals, many of who had enlisted shortly after war broke out, were sent to the Somme, and by the end of the campaign in November 1916, over a quarter of all those from Platt who were posted overseas during the course of the entire war, had seen action in the region.

Those men from Platt we know were definitely at the Somme are: