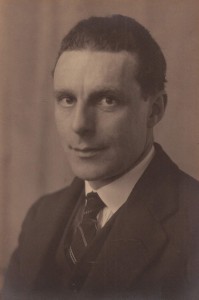 Henry George Murphy was born on 27th October 1884 at Birchington on Sea Kent. He was familiarly known throughout his life as ‘Harry’.

His father Henry who was a groom and horseman had married his mother Mary Hamlin of Birchington in 1882.

Harry was the second of 4 children when his father died in 1895 to a premature death, following which the family moved to London residing in Kensington.

Harry attended The Fex School in Kensington, where he quickly revealed his creative talent and an interest in the arts, it appears he would save his pocket money to buy a sixpenny ticket to attend the Royal Albert Hall where upon he would listen with sheer delight to the concerts held there.

Many people can point to a formative moment in their lives, and to Harry it happened in 1894 when passing by a hall holding an arts and craft exhibition.

His curiosity caused him to look in where upon he was noticed by Henry Wilson the great sculptor, Silversmith, Goldsmith, Designer and Architect who invited him in. Encouraged by Harry’s enthusiasm for the work on display he introduced him to William Morris and Walter Crane who were present; this meeting was to change the course of Harry’s life. 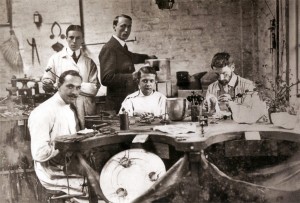 From this accidental meeting a friendship bloomed which resulted, four years later, in Wilson asking his mother’s and HGM’s school’s permission to take Harry on as his apprentice. This given he was signed up to a six-year apprenticeship. H.G.M. then began work for Wilson at his Kensington workshop a short distance from the family home. He would later return to Kent working at Wilson’s studio in St Mary’s Platt.

Wilson, mentor to H.G.M., had joined the Art Workers Guild in 1882 becoming Master in 1917. A dedicated and selfless teacher he worked at the Central School of Arts and Crafts from 1896 and at the Royal College of Arts from 1901.

Encouraged by this Harry enrolled as a student at the Central School of Arts and crafts in 1904; this was the start of a life long association with this institute influenced by W.R.Lethaby the joint principal of the Institution in 1908 and 1909. He was awarded 1st prize also Silver and Bronze medals in the City and Guilds examinations in Goldsmiths. Whilst still a student H.G.M. started to teach, joining staff at the Royal College of Art where he continued until 1911. Here his exceptional technical abilities and teaching skills became increasingly well respected throughout the profession and in 1912, after leaving the Royal College, he joined the staff at the Central School of Arts and crafts where he taught goldsmithing, jewellery and enamelling.

Wilson left Britain for an extended stay in Venice and had a contact with the Berlin goldsmith Emil Lettre, he must have told him of H.G.M’s talent because an invitation to H.G.M. to go to Berlin to work with Lettre was duly issued.

H.G.M’s time with Lettre was fraught from the beginning, so after only 48 days he returned home. This short episode galvanised him on his return to set up his own business and workshop in the Autumn of 1912.

By this time with a growing reputation he was offered jobs in both the Birmingham and Ipswich Schools of Art, but he decided to stay in London where he was attracting increasing attention and a booming business. When he moved back to Kent in 1908 he struck a friendship with local schoolteacher Jessie Church at St Mary’s Platt.

Following their engagement in 1910 they were married in 1914 at St George’s Church Wrotham. They built for themselves a house in Platt not far from Wilson’s studio, from where he would commute to London to work at his studio.

During this time Murphy worked incredibly long hours, staying in London till late in the evening, frequently writing letters to Jessie on a daily basis warning of his late return. 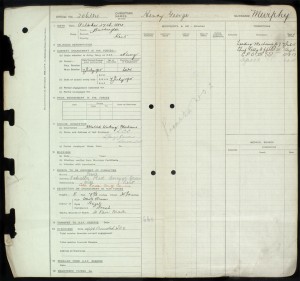 When the First World War came this had an immediate effect on his trade so in 1915 he enlisted in The Royal Naval Air Service, and at this point closed his workshop. In 1919 he was demobilised having been part of the newly formed R.A.F.

Once back home he returned to teaching unable to reopen his workshop premises due to unaffordable rent.

With his work still very much in demand it became increasingly obvious that a workshop would have to be found and in 1928 this was to be in Weymouth Street, Marylebone. This was to become The Falcon Studio with full studio facilities, an office and shop manned by Jessie. The Falcon Studio name was born from Jessie’s own name, Jess being the leather strap used in Falconry.

The new facilities worked well with commissions flooding in, but good things did not always seem to last and by 1931 he wrote that “the shop and workshop are empty”. With cash flow problems his health suffered, but in 1932 he successfully applied for the position of Head of Silversmithing at the Central School using references such as Henry Wilson.

Having taken on extra work at the school trade began to pick up once more and life became increasingly stressful. Commissions rolled in and H.G.M. began to exhibit pieces both nationally and internationally. 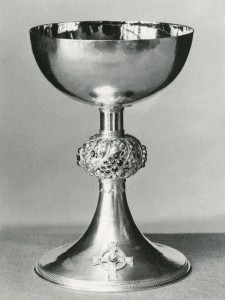 Despite all this success the Falcon Studio continued to suffer financially and in 1932 H.G.M. applied for another job, this time the post of Principal of the Central School. He was selected out of 55 applicants.

But again with business thriving the pressures on H.G.M. grew. He regularly gave lectures to colleges and professional bodies, at the same time fulfilling the role of Principal of the Central, teaching and creating numerous beautiful and complex pieces of silverware and jewellery. He also took part in numerous cultural exchanges with continental artists and was a delegate at many conference and trade fairs.

A new problem arose in 1935 with news that the Weymouth Street premises were to be sold and pulled down to make way for a new clinic. There followed much anxiety over finding and fitting up another workshop, but premises were eventually found at 22 Marylebone High Street and thus the Falcon Studio was re-established together with its retail shop with the business side ably managed by Jessie who commuted daily to London. 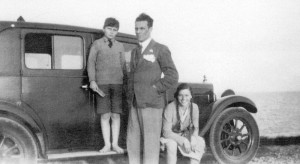 H.G.M. continued to travel to Europe re-visiting Germany on several occasions where he appears to have renewed his acquaintance with Lettre on a rather more amicable basis. H.G.M. was at once fascinated and horrified by what he referred to in a letter to Jessie as a grotesque spectacle of Nazism.

In 1938 H.G.M. received the award of Diploma of Royal Designer for Industry instituted by the Royal Society for Arts and was appointed the first Master of the R.D.I. facility.

However, during the latter half of 1938 many years of over work and stress began to take their toll on H.G.M’s health once more and what Jessie called his vast energy gradually began to dwindle away. During 1939 he became progressively weaker, though typically he continued to work to the point of exhaustion. He was finally admitted to hospital for investigations in July of that year, but tragically it was too late, and within just a few days on July 10th he died. 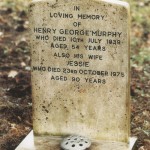 A haemorrhaging duodenal ulcer and a previously undiagnosed myelogenous leukaemia had fatally combined to claim the life of this extraordinary man.

A Memorial service was held at St Michaels Church, Cornhill, on 17th July at which were present many of the great names from the Arts, Craft, Design and Education of the day.

On the 4th – 30th April 2005 an exhibition was held at the Goldsmith’s Hall London which brought a resurgence in the interest in this most eminent designer silversmith of the arts & craft movement of the early 20th century.

Although not fully appreciated of his craft whilst alive, this exhibition brought about a major retrospective of his life and work, and brought him to the forefront of the pre- war designers.

Paul Atterbury and John Benjamin have written a book about the life and works of H.G.Murphy which can be purchased via the link below.

The Jewellery and Silver of H.G. Murphy: Arts and Crafts to Art Deco