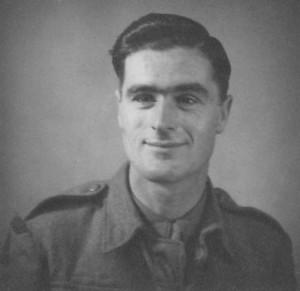 William George Gale was born in Platt on 30 May 1917, the son of George Gale and his wife, Georgina Ladhams. He attended Platt Primary School between 6 June 1922 and 27 August 1929 and then afterwards Borough Green School.

The Gale family lived at Kettle Cottage on Long Mill Lane, and shortly after war broke out, William enlisted and joined the Royal Artillery. He was eventually promoted to the rank of lance bombardier and fought through Northern Europe with the 7th Field Regiment, which landed in France on D-Day.

On 9 April 1945, William drowned while crossing the Rhine near Arnhem as part of a team transporting a self-propelled gun that sank. He was subsequently buried southeast of Nijmegen in the Groesbeek Canadian War Cemetery.