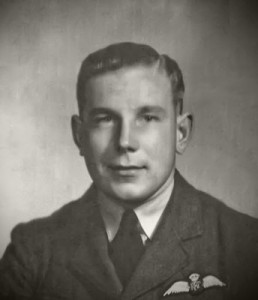 Jack Bowen was born on 12 July 1918 at the Forge Cottages in Wrotham Heath. He was the youngest child of Henry (Harry) Robert Bowen, a local stone digger, and his wife, Alice Ada Terry, who was a farm labourer. On 12 March 1923, when Jack was almost five, he began attending Platt School and was a pupil there until 31 August 1927 when he transferred to Borough Green to finish his education (in those days Platt did not accommodate children over the age of 11.)

Young Jack was a bit of a daredevil and loved exploring the neighbourhood with his friends. In 1931 while picking up sticks in Sandy Wood with two local children, Jack witnessed the death of his friend Gertrude Joyce Usher when a tree being coppiced fell and rendered her unconscious (she later died in hospital.) A nervous Jack was subsequently called as a witness at the inquest. One of his closest friends was his nephew Jack ‘Boy’ Bowen, who was only a few years younger, and the two lads grew up as if they were brothers.

Jack was one of the founder members of the Wrotham Heath football club and was by all accounts a powerful player who had the abilities required for a professional career; however, this was never to be, and before the war, he found work in the offices at Offham Quarry.

When war broke out, Jack enlisted in the Royal Air Force Volunteer Reserve and sent to learn to fly at Rochester airport. His first posting was to No. 23 Operational Training Unit which had been formed in April 1941 at RAF Pershore as part of No. 6 Group RAF Bomber Command to train night bomber crews using the Vickers Wellington. At some point, Jack’s war took him to Canada where he trained pilots, and in May 1943 he was attached to 429 Squadron, Royal Canadian Air Force (which also formed part of 6 Group) at RAF East Moor in Yorkshire.

Between June 1943 and February 1944 Jack flew 14 bombing missions over Germany. The first occurred on 21 June when a mixed force of over 700 bombers set out on a moonlit night to bomb the German city of Krefeld. During the attack the entire city centre was destroyed, which accounted for 47% of the built-up area. The following day he was back in the air again in an attack codenamed Operation Steelhead which targeted steelworks, foundries, engine workshops and rolling mills in the city of Mülheim. Both of these missions formed part of Bomber Commands Battle of the Ruhr. By the end of June he had flown two more sorties against Wuppertal (24th) and Cologne (28th) and three in July over Cologne and Hamburg. During August the squadron flew their last trips on Wellingtons and moved over to using Halifaxes.

At 11 p.m on Saturday 19 February 1944 Jack’s plane, a Halifax Bomber #LK993, took off from RAF Leeming to attack the city of Leipzig, along with 822 other aircraft (561 Lancasters, 255 Halifaxes and seven Mosquitos.) Bomber Command had hoped that the Luftwaffe would send their night-fighters to a diversionary raid on Kiel; however as the Allied planes crossed the Dutch coast they were met with a substantial number of enemy aircraft, and consequently came under constant attack.

When Jack arrived over Leipzig, heavy cloud cover meant his plane had to circle while pathfinders found their targets. This was incredibly dangerous and several bombers were lost in collisions. At 03:12 a.m. LK993 was intercepted 6,000 metres over Gardelegen and shot down. The crew of eight (including Jack) did not survive and buried in the Berlin War Cemetery.