Eighty years ago, on the night of 15 October 1940, the largest (and only) loss of civilian life in the parish occurred. During the preceding six weeks, the Luftwaffe had conducted night bombing of London, which in addition to killing and wounding thousands of people, caused a colossal amount of destruction. Often these raids passed over Platt and by the middle of the month had increased in intensity and extended beyond the capital to other cities around the country.

As darkness fell on the 15th, Londoners prepared for another night of terror, with spotters on rooftops gazing into the night sky for signs of approaching aircraft, and wardens ready to head out onto the streets to warn people that an attack was imminent. In Wrotham Heath, the evening began just like any other in recent weeks, with locals doing their best to carry on as usual, mindful that an air raid warning could sound at any moment.

Florence Walters, who lived at the cottages adjoining the local café (known then as Post Office Cottages), had settled her children in for the night in the front downstairs room. Her husband, who was in the police war reserve, had just gone on duty, and she had started clearing away the dishes from the evening meal. Next door, Lucy Roberts, proprietress of Roberts’ Tea Rooms (now Mings), had closed up and, after a busy day, taken a welcome seat in the backroom behind her shop.

Several locals had gone to the Royal Oak pub, where a darts match commenced, and others were seated about the bar area, indulging in a pint and good conversation. In the kitchen, Harriet Fread, the 80-year-old mother-in-law of Jack Swift, the licensee of the pub, was busy making sandwiches with the kitchen maids Margaret Breeds and Mary Ann Fisher.

Perhaps parishioners heard the 410 enemy aircraft pass overhead as they made their way towards the capital. Maybe those with wireless sets were listening as Bruce Belfrage read the 9 o’clock news at the moment an enemy shell hit Broadcasting House (Belfrage famously continued despite being covered in debris and plaster.) What locals were not expecting occurred half an hour later at approximately 21:37, when a German raider, on the return leg of its sortie, loosed 16 sticks of high explosives over the village. The attack came without warning, and those in the area reputedly failed to hear the whistle of descending bombs.

The first explosive scored a direct hit on the Royal Oak pub, penetrating the kitchen and killing Harriet Fread and Margaret Breeds (Mary Ann Fisher escaped with shock.) The blast tore through the premises, devastating the bar and taking the lives of Frederick Walter Heine and Frederick Whiteman, who both died trapped under rubble. A passing aircraftman named John Mansell stationed at RAF Detling who had probably stopped in for a quick pint was also killed, while a number of other locals received injuries. William Bowen, in the saloon bar, told how the customers found themselves showered with glass and bomb fragments.

“I was having a game of darts,” he said, “and my wife was sitting in a chair nearby, she was blown backwards out of the chair, and when I rushed to her, I found that a piece of bomb splinter had entered her knee. I pulled the splinter out and she was taken to hospital. Another girl had just got out of an armchair and a piece of bomb tore right through the back of it. Had she sat in the chair a moment longer, she would have been killed.”

“The friend I was with had just ordered some drinks and had got out his wallet to pay when the bombs fell. There were flashes of blue light in front of my eyes and the place seemed to be falling about me. I found myself lying on the floor. None the worse, I picked myself up and saw a gas pipe blazing. There was a man lying near the flames, and I pulled him to safety. My friend and I had just got out of our car, which we parked outside the inn. The car was wrecked. My wife, who was sitting in a chair near me, also escaped unhurt. This is her second lucky escape, for a fortnight ago she was blown through a hedge without being hurt.”

Lucy Roberts was blown across the room against the wall and suffered from shock. The heat from a gas pipe, which ignited outside, was so intense that it melted the sweets in her shop. Next door, bomb splinters smashed plates just in front of the face of Florence Walters:

“Glass flew into the rooms, ceilings came down and the place filled with dust and fumes,” she said. “I thought my children must have been killed. Two big pieces of bomb splinter went through the bars of the cot in which my youngest child, little Colin, was sleeping. The splinters made holes in the wall and must have passed within inches of the child, but he lay there unhurt. The other two children, Brenda and Brian, were sleeping in another bed and they were smothered with glass and debris from the ceiling, but they too were unhurt.”

Several bombs fell at Wrotham Heath House, causing a great deal of damage and further loss of life. Doors and windows were shattered, and the interior of the property wrecked. Hester McInnes, who lived at Huntsman’s Lodge and visiting her mother, died sitting in an armchair in front of the fireplace while her mother’s companion, Olive Hodgson, was fatally injured. At the same time, Charles Rootsey, Thomas Clayson, and Caroline Arrogan were crushed under rubble in an adjoining property known as Rhette. Other buildings along the main road were affected by the blasts, and several bombs peppered the London Road (A20) damaging Rootes filling station, which was situated next to the pub. The Kent Messenger carried the story:

“The service station which adjoins the Royal Oak suffered extensive damage, windows and doors being smashed. There was also slight damage to the roof, the oil dispensers, and petrol pumps. Fortunately, the station was closed at the time, and there was practically no one about. There is an electric clock outside. The hands on the clock face nearest the inn stopped at the exact time the bomb fell, but the hands on the other side still continued to register the correct time. The seriously injured were taken to Preston Hall Emergency Hospital in Aylesford, where the following individuals later died: Harriet Fread, Harry Harvey, Margaret Olive Hodgson, and Alfred Edward Palmer. Incredibly the clearing up process began shortly after the last of the wounded were taken away, and the pub was even able to open for business the following day. Mr. and Mrs. Swift were both uninjured, although shaken, and everyone was high in their praise of the calmness and pluck with which they faced the situation. “They were wonderful,” said one of the customers. “Mr. Swift had the presence of mind to turn off the gas and electricity and do everything he could in the circumstances.”

In total, 11 locals and one airman lost their lives as a result of the raid. In London, it had been the worst toll since the opening days of the Blitz, and as dawn broke on the 16th, 400 were dead, and over 900 wounded. 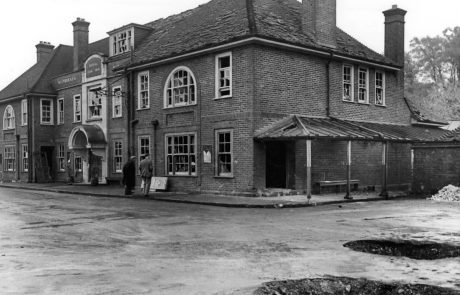 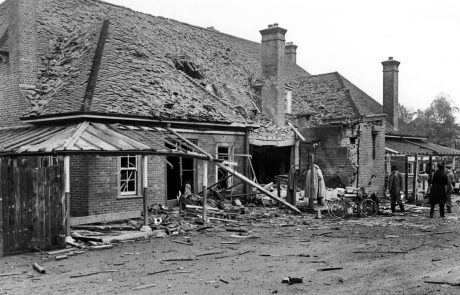 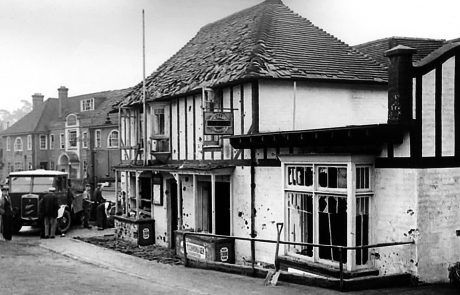 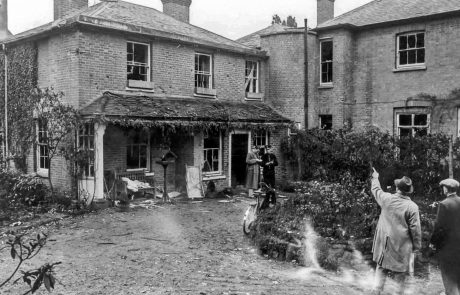