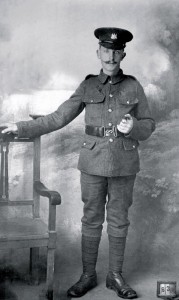 In March 1916 the Military Service Act was passed, this imposed conscription on all single men aged between 18 and 41 but exempted the medically unfit, clergymen, teachers and certain classes of industrial worker. Married men of the correct age were exempted until May 1916.

The Wrotham Urban Council held the first Military Service Tribunal in Borough Green during late February 1916. These Tribunals were formed to hear applications for exemption from conscription into the Army, and although not recruiting bodies themselves, played an important part in the conscription process. Many men from Platt were brought before the tribunal by their employers, who often made the case that they were not able to continue business without them. One of these was a groom from Crouch named Alfred Bathurst. In most instances, the men were given a temporary exemption, but eventually found their way into uniform shortly afterwards, Alfred was not so fortunate and was drafted almost immediately after his hearing.

Alfred Bathurst was born in Horsmonden, Kent during 1888, the son of Alfred and Mary Ann Bathurst (née Russell.) He was the sixth of nine children and by 1891 was living at the Blue Boys Gate House in Kippings Cross. By 1901 his family had moved to Winfield Farm in Crouch, and Alfred’s father was working as a horse waggoner.

In 1906 Alfred married Elizabeth Billings and by 1911 three children had been born to the couple. Alfred’s parents had moved away from the area; however he remained in the parish and lived with his in-laws at Ivy Cottage in Crouch.

At the time war broke out, Alfred had been working as both a groom and gardener for Mr Adams of ‘Penilyn’ in Crouch. Smaller households often doubled up on staff to reduce costs, and it seems likely that Mr Adams paid Alfred to look after his horses in addition to maintaining the two acres of land he owned. Alfred would have also acted as a caretaker in his employer’s absence, and lived locally at Bank Cottages in Plaxtol.

On 8 March 1916, Mr Adams, knowing that he was at risk of losing his trusted employee to the war, made an application on behalf of Alfred, asking to exempt him from military service or, at the very least, put him the last group scheduled for conscription. Despite pleading ongoing ill health, and pressing Alfred’s status as an ‘indispensable worker’, the committee was not persuaded and refused the application, commenting that ‘we shall have ten times harder cases than this before us.’

It appears that Alfred was called up shortly afterwards and enlisted with the Army in Tonbridge. As a conscripted man he was not given the choice of which regiment to join and found himself posted to the Cambridgeshire Regiment. Unfortunately, Alfred’s military papers have not survived, however, based on the records of those with similar service numbers, it seems likely he was sent to Halton Park in Tring, where he would have joined the 3/1st Battalion, a reserve unit that fed men into the 1st Battalion, who had been in France since early 1915. 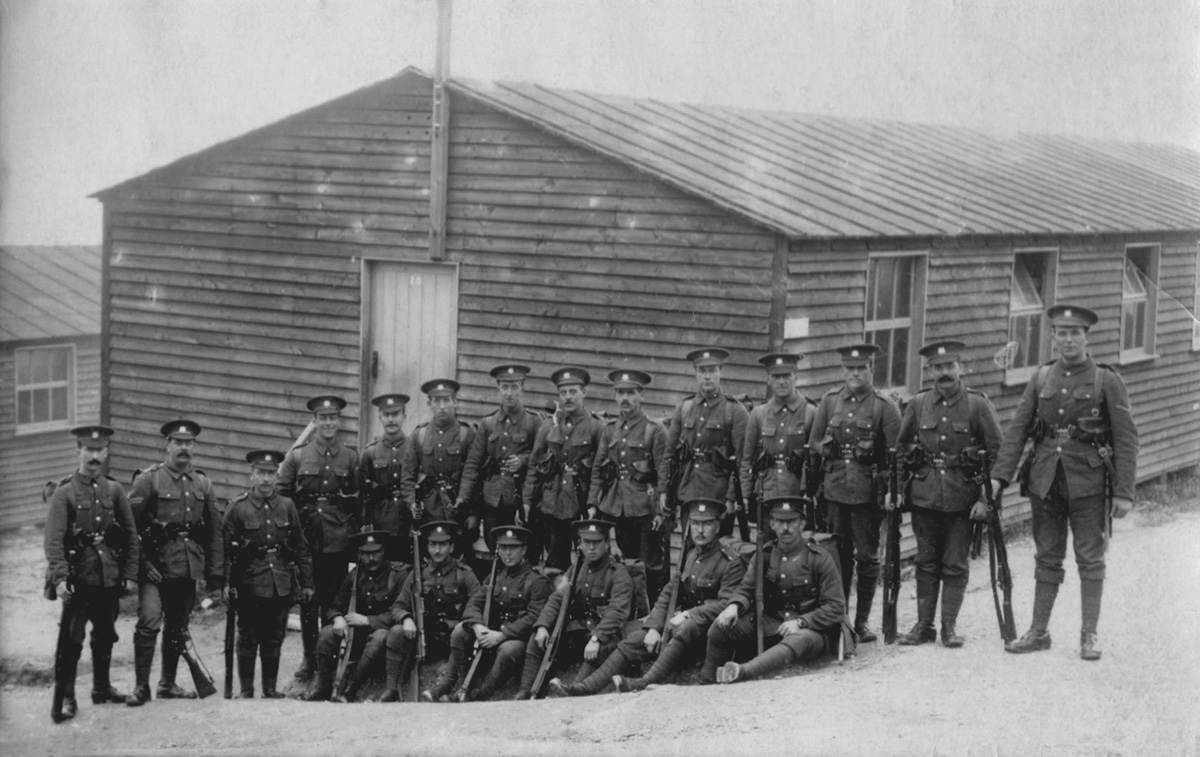 After a several months of training Alfred was probably among a draft of men who proceeded overseas from Folkestone on 9 December 1916, however it does not appear that he joined his unit in the field, as other men who arrived in Le Havre the same day and destined for the 1st Cambridgeshires were all temporarily assigned to an entrenching battalion instead.

On 23 April 1917, Alfred was transferred into the 8th (Service) Battalion, Lincolnshire Regiment, and along with 277 other ranks, joined the battalion at Beaufort on 2 May. The Lincolns had recently been in action at Arras and were severely under-strength having lost over 400 men in just two battles.

Alfred spent the whole of May out of the line, and during early June the battalion began to move north towards Ypres, eventually taking over trenches in the Wytschaete sector on the 29th. Much of July was spent rotating between the trenches and camp at Mount Kemmel, and Alfred is likely to have been involved with regular working parties that performed a variety of maintenance tasks both in and out of the front lines. His first experience of life at the front had so far proven to be a relatively quiet affair; however plans for a major offensive at the end of the month were at an advanced stage, and things were about to take a tragic turn for the worse.

At 3:50 am on the morning of 31 July the Lincolns made an attack towards Rifle Farm in an action that would form part of the Third Battle of Ypres (more commonly known as Passchendaele.) ‘D’ Company led the battalion advance and formed a defensive flank on the right of the 4th Middlesex Regiment. The remaining platoons were rapidly drawn into the fighting, which at times was at close quarter, and found themselves hard-pressed to gain any ground. Runners sent back to the reserve for assistance were all shot before they got there, and there were a large number of casualties. A brigade narrative written after the battle ends the account of this particular attack with the words “This party fought it out where they were until they were all either killed or wounded.” The Battalion War Diary also records that no trace could be found of ‘D’ Coy, and based on the report of the rest of the day’s events; it seems very likely Alfred was amongst the unfortunates entirely ‘wiped out’.

His body was either never recovered or later identified, and he was subsequently recorded as missing, presumed dead. In addition to the Platt War Memorial Alfred is commemorated on the Menin Gate in Ypres, and was awarded the British War and Victory Medals.