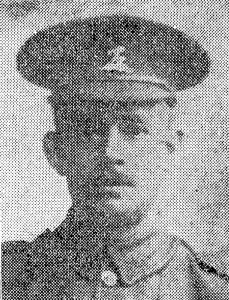 A number of men commemorated on the Platt War Memorial are remembered by their middle names, one of which is William Evans who was born Phillip (presumably William) Evans in Malling during 1886. He was the oldest of five children of Henry Evans, a sailmaker from Wrexham, and his partner Mary, who was a native of Strood. Regrettably, none of Henry and Mary’s children appear in the statutory indexes of births under the Evans surname, and it is possible they were all born illegitimately. The family were obviously poor and by 1891, when young Phillip was five, the family were casual inmates at the Thanet Union Workhouse in Minster. Ten years later they had moved to Plaxtol Parish and resident at the Claygate Hop Houses. Henry was recorded as being a carter on a farm, with Phillip, who was now 15, working as a ‘mate with horses.’

In 1909, the same year their father died, Phillip’s younger sister Elizabeth married John Henry Merritt (older brother of William Thomas Merritt) who was from Maidstone, and along with their widowed mother, the four siblings all went to live in Basted with their brother-in-law, who worked in the paper mill. In 1911 Phillip was enumerated in the census under what is assumed to be his middle name of William and by the time war broke out in the summer of 1914, he was living in Crouch. His brother Harry, and sister Rose, both attended Platt School and Phillip (William) found work on one of the local farms. He enlisted in Tonbridge during the first month of the war and joined the 6th (Service) Battalion of the Royal West Kents which had been raised in Maidstone as part of Kitchener’s First New Army.

After training in Colchester, Purfleet, Hythe and then Aldershot, the battalion left for Folkestone on 1 June 1915 and sailed for France. At the end of the month, they took over the line at “Plugstreet Wood” which during the summer of 1915 was a relatively quiet sector and remained there until September.

On 25 September the New Army units carried out their first big offensive at The Battle of Loos with Phillip’s battalion arriving in the area five days later and eventually entering the trenches on the night of 5/6 October. Orders were soon received for the West Kents to attack a section of the British front line known as Gun Trench two days later. The position had become partly occupied in the centre by the Germans, and it so it was imperative that they were removed. Before the advance could even begin the enemy began an extremely heavy bombardment on the Allied lines which cut all signal wires, however, the assault still went ahead with two bombing parties working their way along the trenches from both flanks and two platoons in A Company (which included Phillip) assaulting from the front over open ground. A preliminary Allied bombardment failed to silence the Germans, who were well dug in, and significant in number, and opened up with their machine guns as soon as the West Kents began moving forward. The main assault failed and without any form of communication between the companies, the attack soon began to unravel costing the battalion over 100 casualties, which included 12 killed and 39 missing, most who were in A Company. Phillip counted among the missing, Lieutenant Hatton wrote to his family:

I am writing to acknowledge your letter of 22nd, addressed to the Commanding Officer, and in reply regret to have to inform you that No. 160 Lance-Corpl. Evans, of my Company, was reported wounded and missing the 8th of October, and that since that date his body has been found. He has been buried. I am sorry to have such bad news for you, but I might add that he did his duty well on that day, and as he always had done previously, and led his section very gallantly against the enemy.

Sadly, Phillip’s grave was lost before the end of the war and he was subsequently commemorated on the Loos Memorial. His mother died in about 1919 and afterwards Phillip was remembered on the Platt War Memorial as William Evans, which is how he was known by the Merritt family, who had lost family themselves.